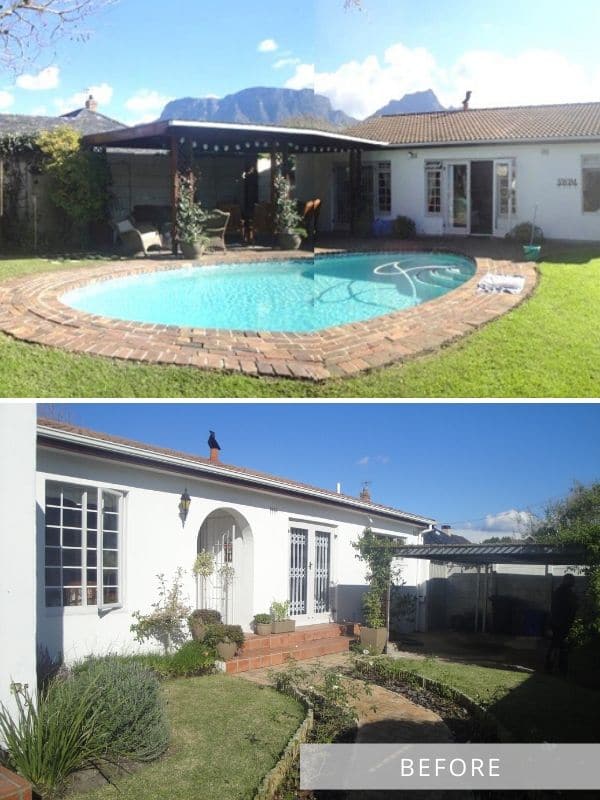 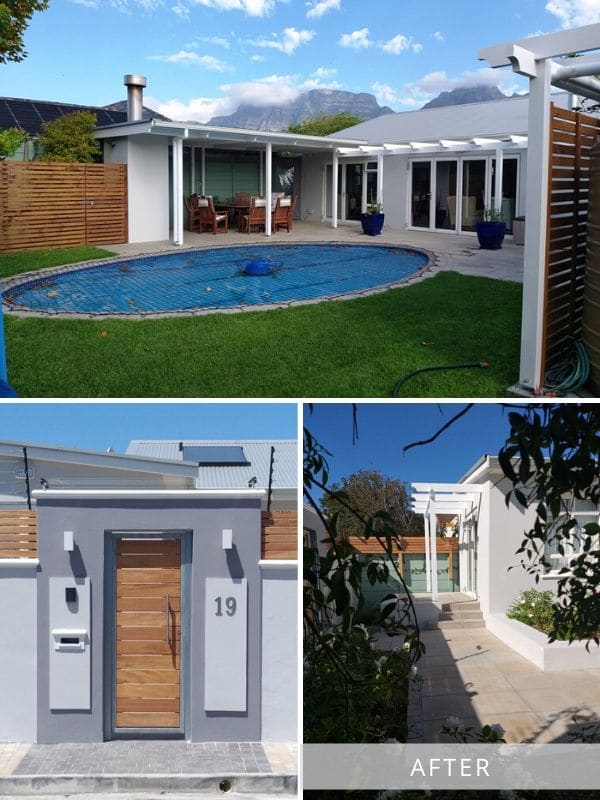 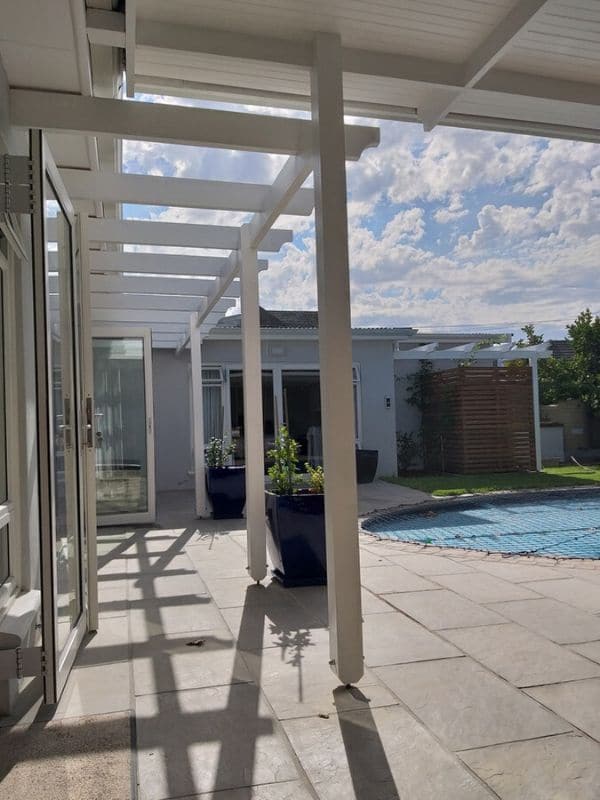 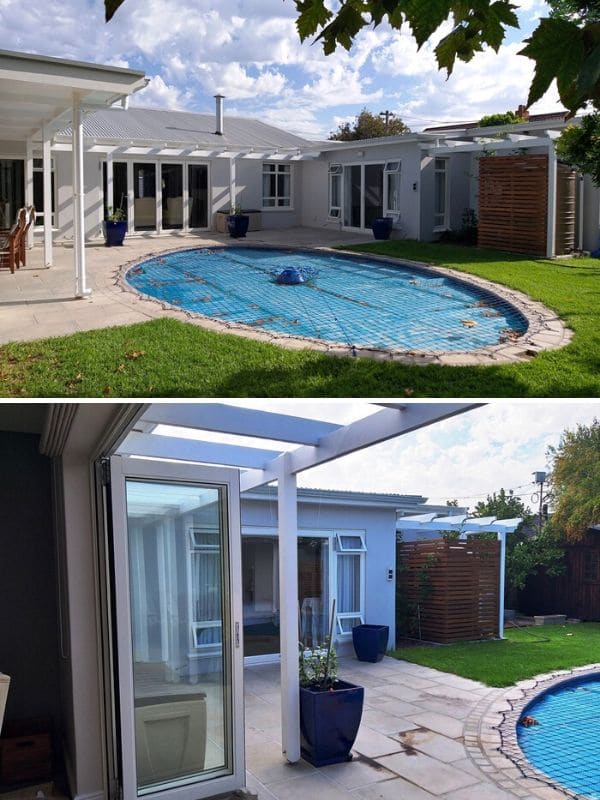 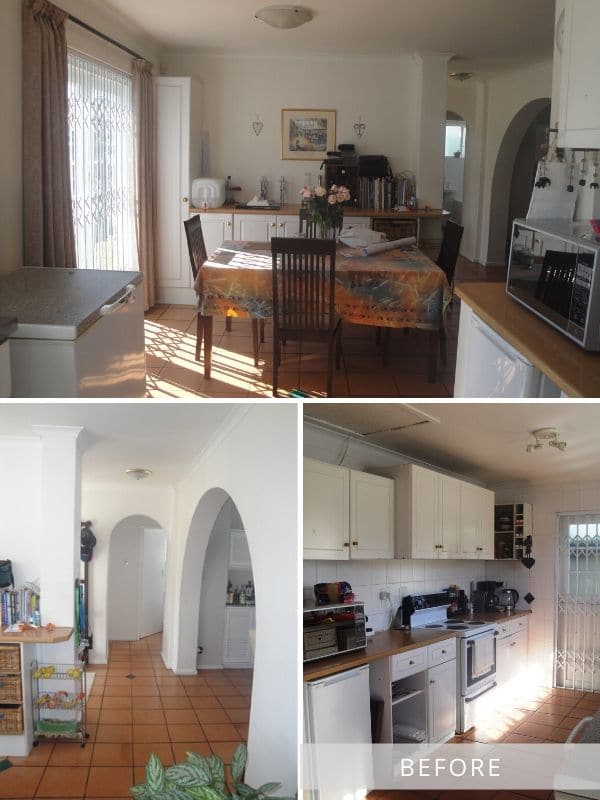 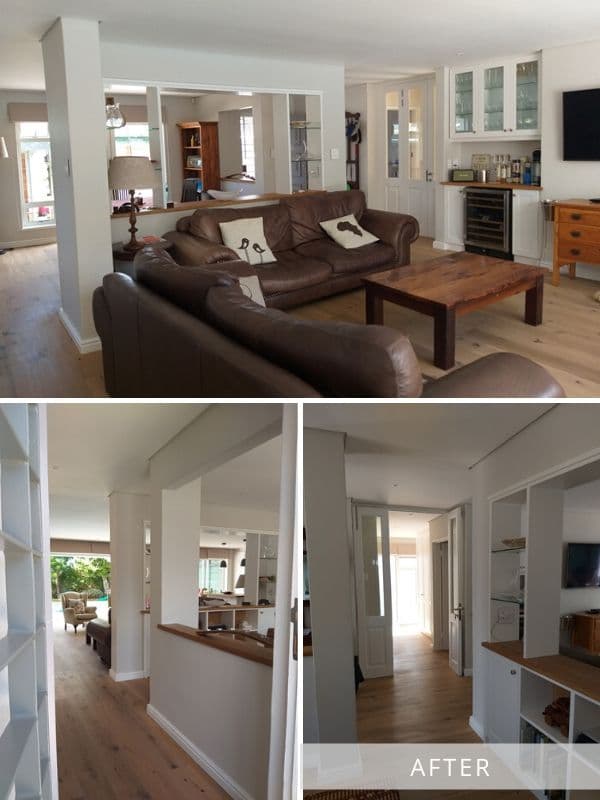 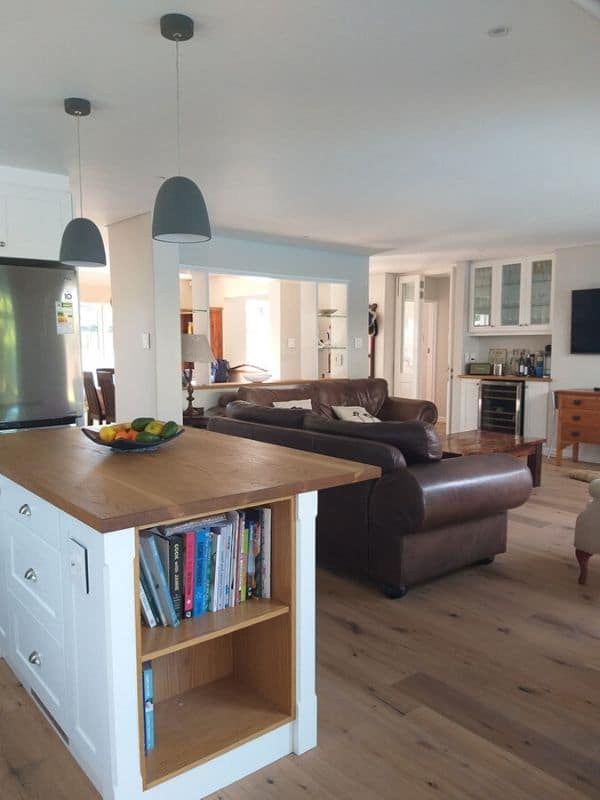 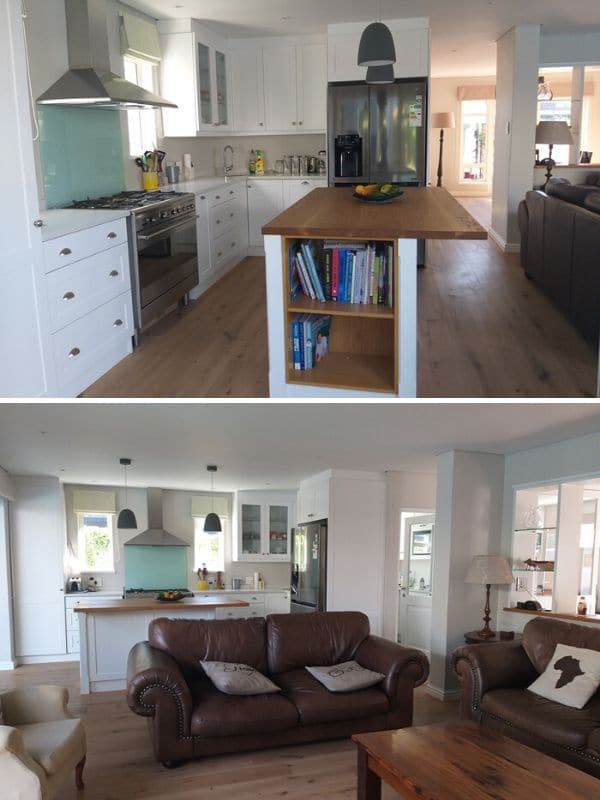 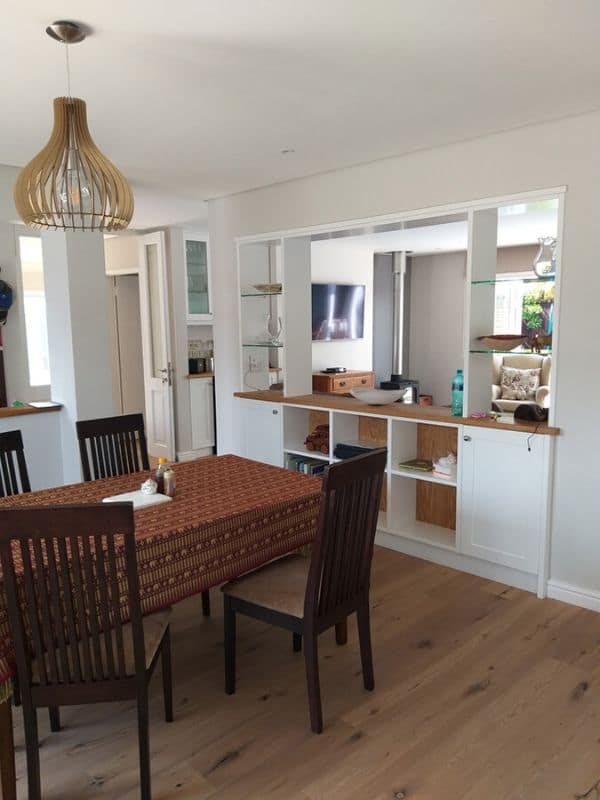 This single storey house in Rondebosch was built in 1979. It was largely characterized by a cellular plan with a limited open plan arrangement, minimum dimensions, low ceiling heights, shallow roof pitch and standard timber doors and windows.

The brief was to rework the spatial arrangements of the house, expanding  the bedroom wing and renovating the kitchen and bathrooms  to create a contemporary home.

The house is on a limited site and the relatively small spaces needed to be designed efficiently, to achieve a modern open feel with an  improved relationship  to the garden.

Through careful manipulation and the introduction of plenty of natural light and natural materials, the house is now characterised by a feeling of spaciousness with seamless thresholds between internal and external spaces.

The living areas, which remained largely in the original locations, were opened up to each other and to the relocated kitchen ensuring a comfortable flow between internal and external entertainment spaces.

A simple bedroom wing extension accommodates new bedrooms and bathrooms. Exposed rafters with expressed T&G ceilings in the new bedrooms increase the spacious feel of the rooms  in comparison to the relatively low ceilings elsewhere.

A small light well in the middle of the bedroom wing allows light and ventilation to penetrate deep into the house as well as providing  an important drainage function. New aluminium windows and doors, with generous openings leading out of the entertainment and main private spaces, are shaded by new creeper covered pergolas blurring the transition to  the garden. New bespoke joinery was introduced throughout.